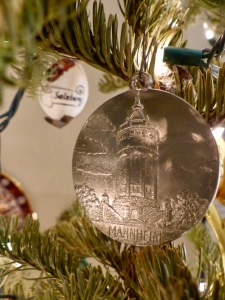 “Time to take down the tree that smells like vomit and clean up the huge mess.”  A friend posted something along those lines on social media recently. Indeed, rotting tree stump is an unpleasant aroma.  And I know I’ll be finding needles under the couch at least until Memorial Day.

As I carefully removed the ornaments from our tree last night, I pondered this bewildering tradition.  We search for the perfectly-shaped, perfectly height-ed and well-priced tree that has been chopped down from a farm usually hundreds of miles away.  There’s no indigenous plant that is a worthy substitute.  Fake tree versus real tree is a popular rivalry.  Some do the fancy plastic version and dust it off every year from storage.  Equally bewildering – storing and decorating a towering fake plant every year.

Our first year in Germany we had to have a tree.  [I wrote about it here].  Christmas Eve we finally found one, mostly dead, infested with small spiders (which I didn’t realize until we got it home), needles as sharp as. . . needles.  It was missing branches in the center and was wide at the bottom with a few scraggles at the top.  I guess there was a reason it was in the trash heap as the Christmas tree vendor was packing up.  But we got our tree!

What is it with these trees?

It’s the decorations that do it.  Last night I starting taking them down, one by one, slowly, gently, lest they break.  The tree was top heavy with breakables because we have a sweet faced, rosy-cheeked crawler in the house.  The squishy ones at the bottom were made mostly by children – me when I was six, seven, twelve.  “I made this in Portugal when I was six,” I tell my kids.  “This one I made in junior high and tried to sell them to the neighbors [unsuccessfully] so I could make money.”  My husband has some from his childhood, made by aunts and a grandmother.  Some ornaments we received as wedding gifts, when our lives joined as one.  Now a family, we have ornaments from our shared experience.  Ornaments say things like Mannheim, Vienna, Krakow.  Others have a no words, just a memory and small tag I’ve placed with the location and year – Rome 2008, Kigali 2010, Charleston 2015, Ensenada 2017, Ft. Collins 2005, Ljubljana 2016.  And on and on.

They don’t just represent ‘trips’ or tourism ventures.  They represent places we’ve lived, family we miss, friends we haven’t seen in years.  They are reminder of God’s faithfulness throughout history and His faithfulness in our family’s journey, our story.  I laugh at the couple ornaments that I bought at craft store one year.  Made in China.  But they were so cute!  That was the year my husband was away for the holidays.  I mailed him the ornaments for his little fake tree and saved a couple matching ones for my end.

So, the ornaments get packed away snuggly.  I seems like nearly every other year they appear on the tree in a different house in a different state or country.  We’ve relocated, but they have not.  They’re still the same ornaments, on the same journey, hearkening sweet remembrances.  And, as the new year springs upon us, I wonder ‘where will we go and get a new ornament this year?’ 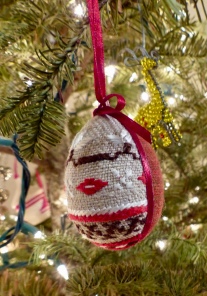 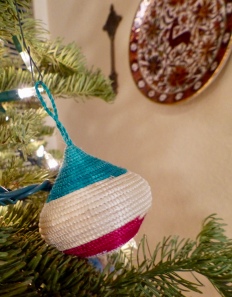 6 thoughts on “The Journey Tree”