On 31 October 1517, one man took a single brave action and changed the course of western civilization.  After a series of significant events and after careful study of the Bible, Martin Luther nailed his Ninety-Five Theses on the door of the Castle Church in Wittenberg.  The wooden entrance of that church has since been replaced with bronze doors on which the Ninety-Five Theses are immortally engraved. 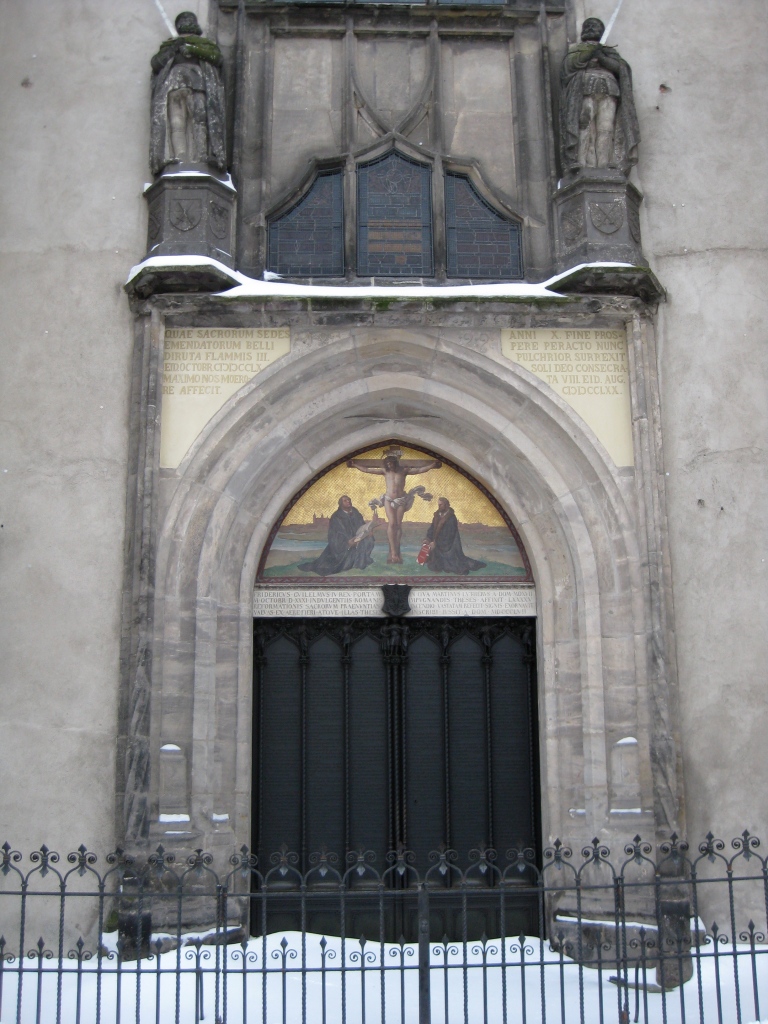 October 31 is Reformation Day, a day that altered the course of history more than any revolutionary war.  According to the journal HistoryToday, “it would be difficult to identify any other individual who, without wielding political power or leading armies, more decisively changed the course of history.” My purpose isn’t to list the innumerable contributions Luther made to society, which extend far beyond changes to the church and into the realm of economics, the arts and politics.  What I will suggest is that you absolutely visit Luther’s home town of Wittenberg (which since his time has added the moniker Lutherstadt – Luther’s city).  Because Luther became a notable historic figure during his lifetime, people knew every trace and remnant of his life needed to be preserved.  Luther’s home is still intact and well as many other historical sites in the city.  You can see the pulpit from which he preached and the books from which he read and annotated in the margins, including his personal Bible.  Luther’s home is part of the in-depth, extremely informative and fascinating Reformation Museum. 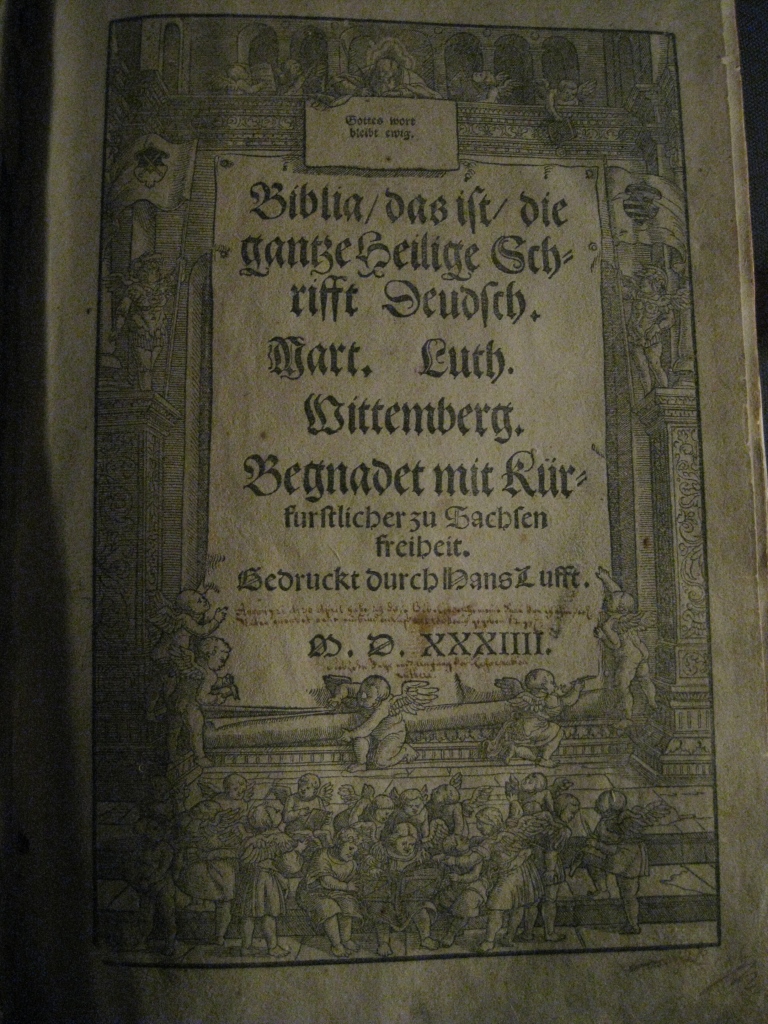 We visited Lutherstadt-Wittenberg on a brutally cold January day.  (As I recall, most days in Germany in January are brutally cold.)  We were some of only a dozen non-locals strolling the slushy pavement.  Our industrial German stroller was certainly the only one leaving treadmarks on the sidewalk.  We easily reached the town by train from Leipzig.  Once in the medieval town, everything was within walking distance.

It’s been several years since we visited, so I have had time to reflect.  Of the entire city, the one place that made the greatest impression on me was the Luther family dining room.  The room, down to each floor board, has been perfectly preserved.  You can walk through, but only on a narrow boardwalk.  In 1712 a visitor touring the historic home carved his name on the threshold of the door in the dining room.  They have since installed plexiglass so current visitors don’t get any ideas.  Or maybe they’re just trying to preserve the graffiti from 1712 – it was written by Peter the Great of Russia.

But that’s not the aspect of the room that left me with the deep impression.  I could visualize Martin and Katharina sharing meals, breaking bread, with students and visitors as they graciously did every day.  They had an open home and impacted individuals on a personal level, not just through Luther’s published writings.  The illustration below of Luther in his dining room with students is from Martin Luther: A Man Who Changed the World by Paul L. Maier.  I recommend this book as a resource for those who are interested in learning more about – and sharing with your children – the significance of Martin Luther’s life.  If anything, it would provide a foundation for a good family discussion while you walk your neighborhood collecting candy.

In preparing this post, I discovered that Lutherstadt-Wittenberg is planning an expansive 500 Year Jubilee celebration for October 2017.  It’s not too early to plan your trip to participate in the historic church servicse and commemorations along with viewing the concerts, theatrical productions, period market and other events.  View the city’s website for more information.