Reflecting on new life brought on by spring, it is a challenge to meditate on death.  But this is also a season of death.

Why would we ever talk about death?  Death is separation.  Death is the avoided inevitable.  Why do we visit places marked by death – cemeteries, concentrations camps, Golgotha?

We visited Dachau concentration camp in Germany one February day.  We knew how the story ended.   Marks of unspeakable suffering were still clearly visible – suffering the likes of which most of us will never experience.  Though it may bring us to tears at the thought of it, we still cannot grasp the depths of the depravity in the human heart.  But in World War II there was ultimately liberation, justice and even forgiveness.  (Research the heroic story of Corrie Ten Boom).

In April, the Resurrection of Christ will be celebrated around the world; but there would be no resurrection without death.  Without the Resurrection there is also no hope.  We visited Dachau on a fittingly chilling, lonesome day.  Dachau is empty.  There are no more prisoners, only intentional, deliberate marks and reminders of death.  The suffering here was not unique in human history.  Every human heart is marked by death and is without hope, unless that heart considers the Resurrection.

Dachau is distressing because I know this could happen again.  Never again?  It happens again and again.  It is a profitable spiritual exercise to visit these places of death and allow them to point you to the Cross, the only place of Hope on earth.

“. . .  He is the beginning, the firstborn from the dead, that in everything he might be preeminent.

For in him all the fullness of God was pleased to dwell,

and through him to reconcile to himself all things,

whether on earth or in heaven

making peace by the blood of his cross.” Colossians 1:18b-20

These photos, though not graphic, may be deeply disturbing. 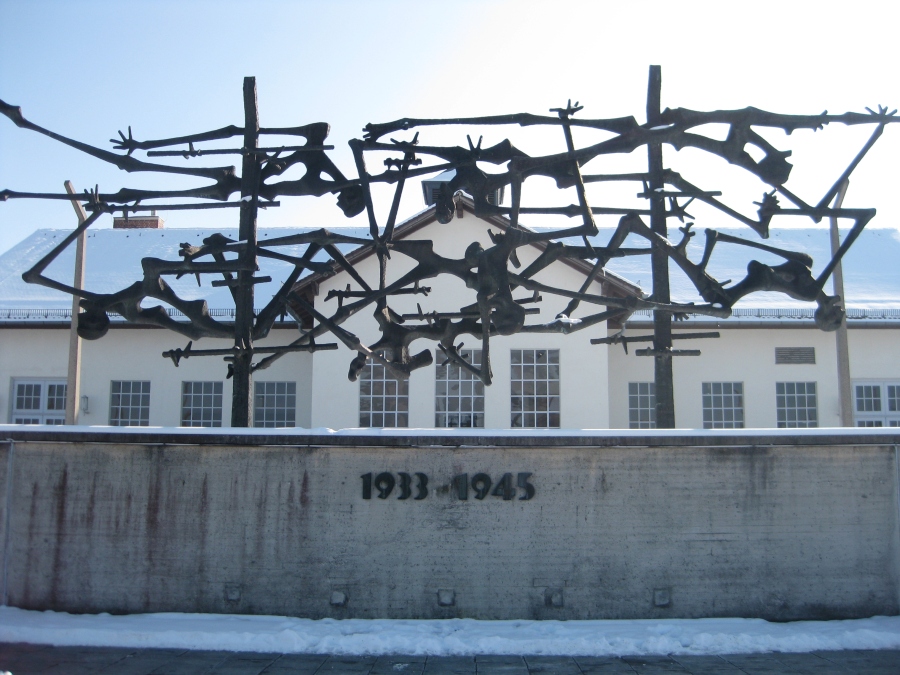 The snow highlights the rectangular outlines of the dormitories. 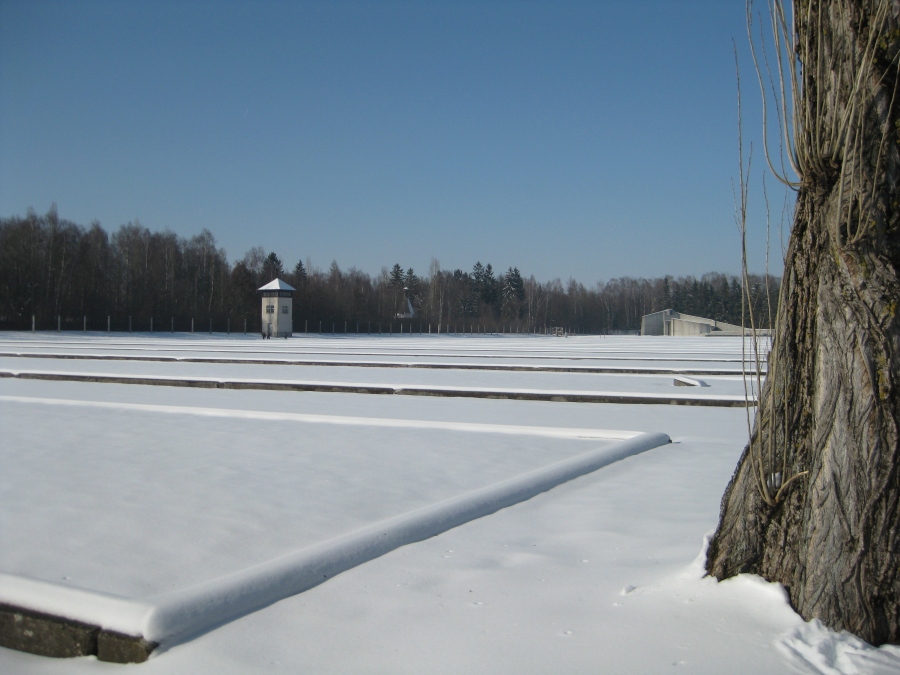 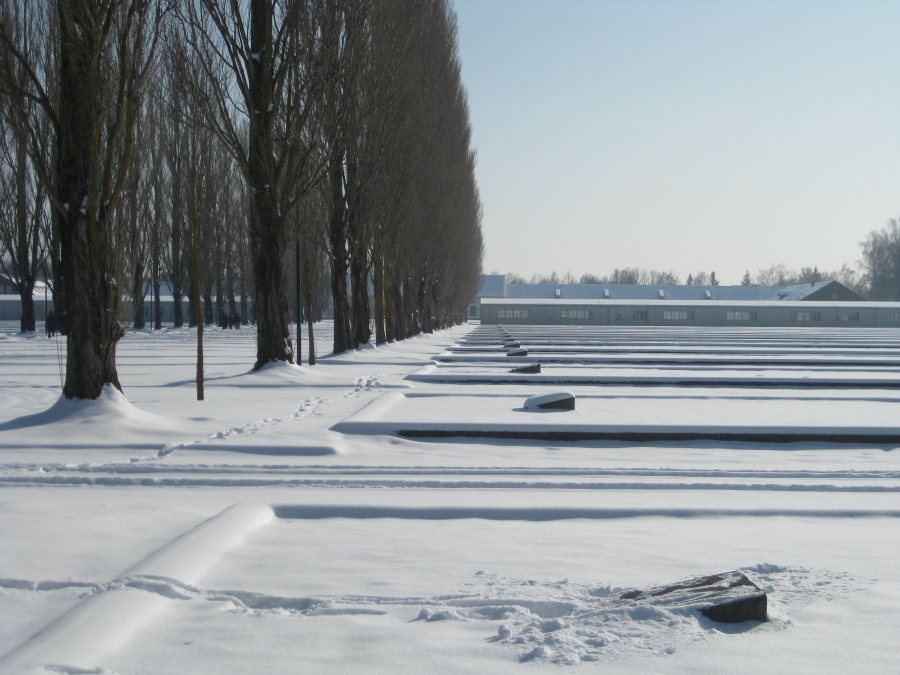 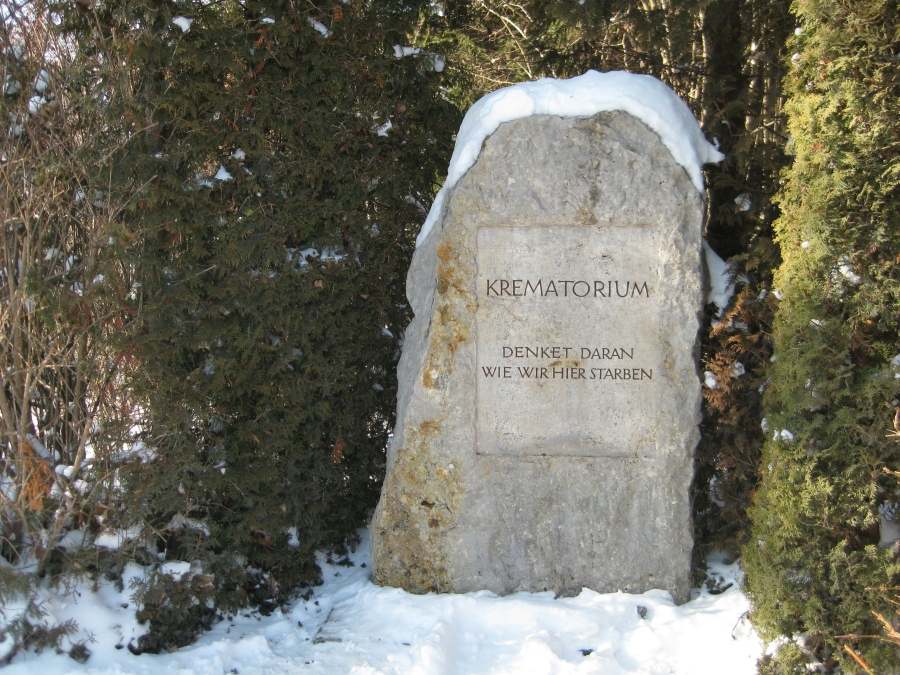 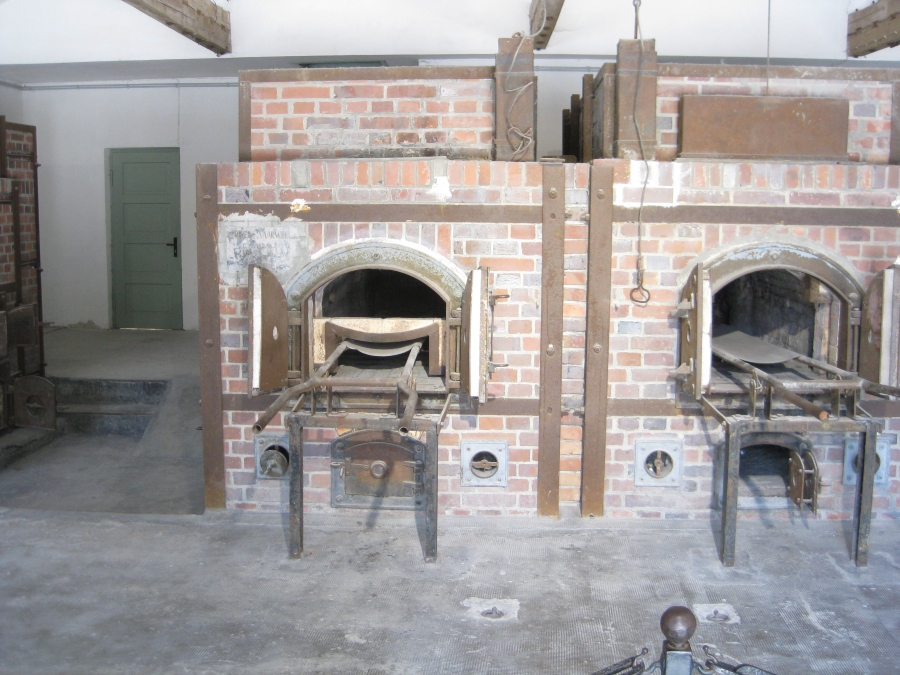 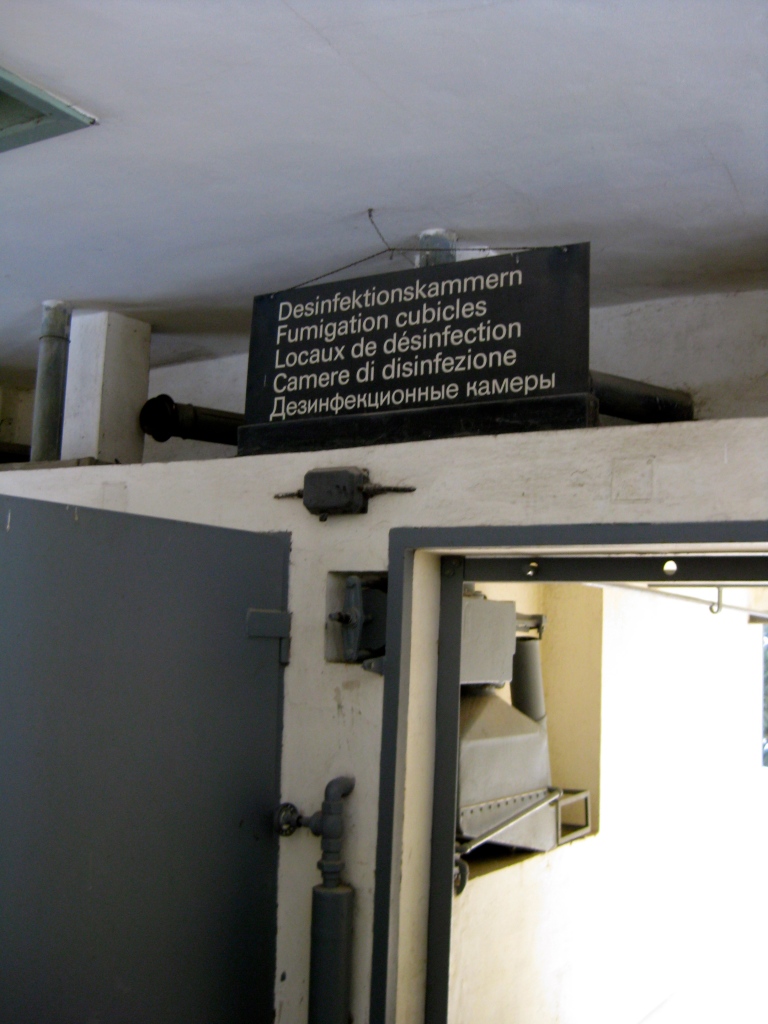 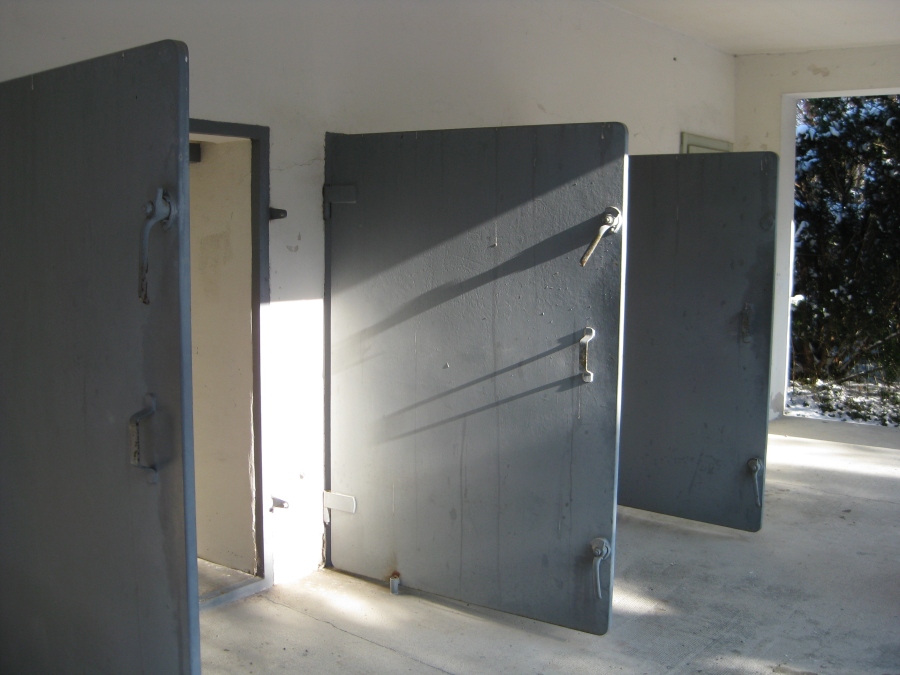 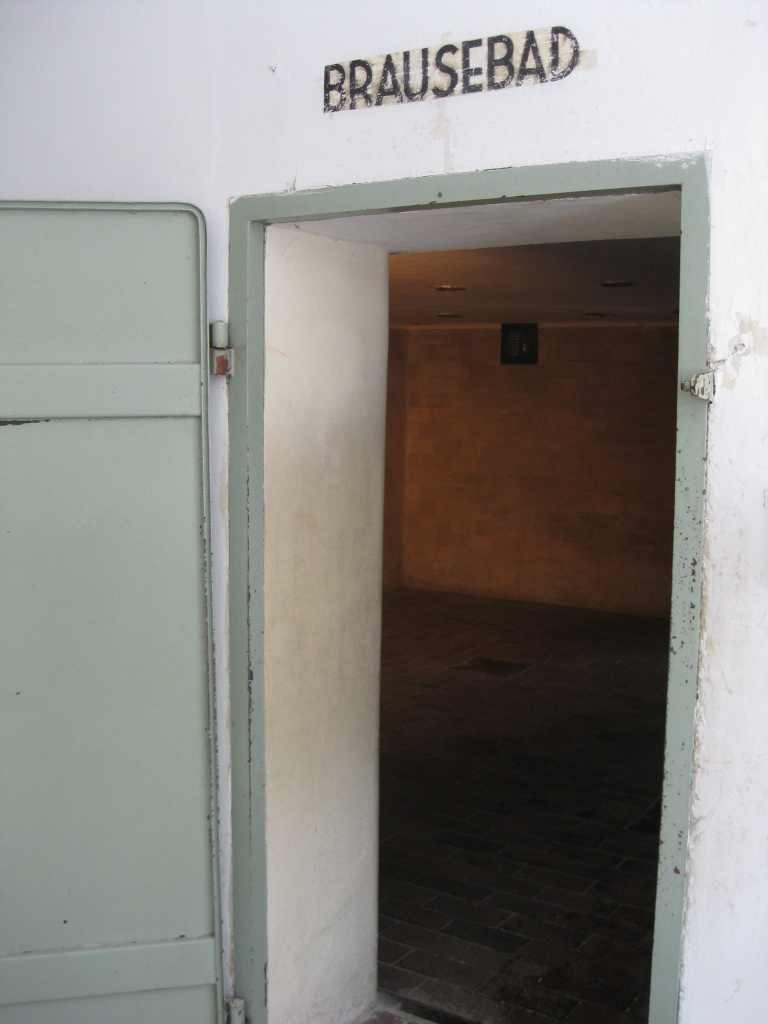 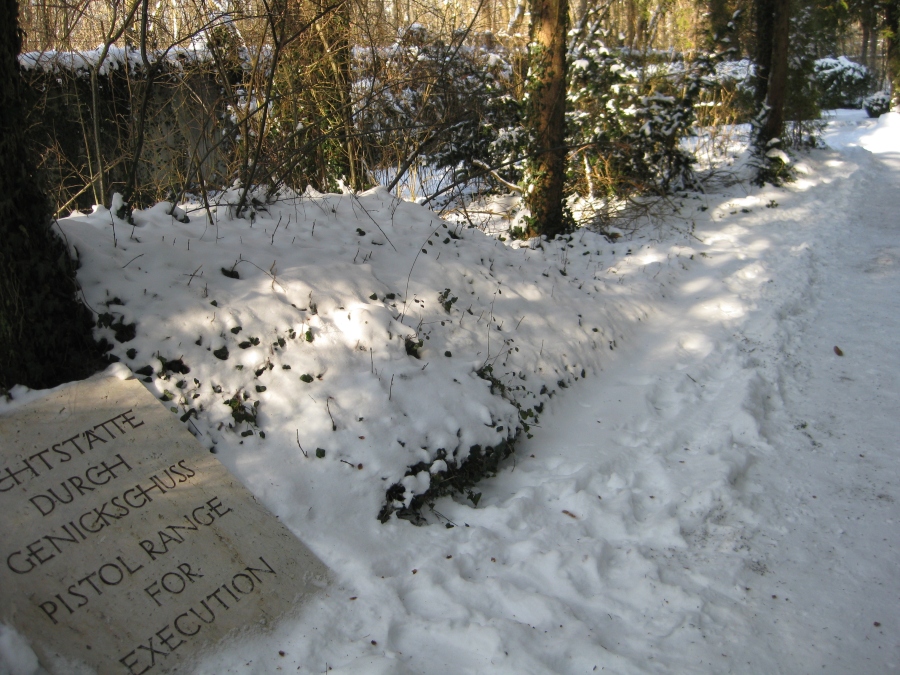 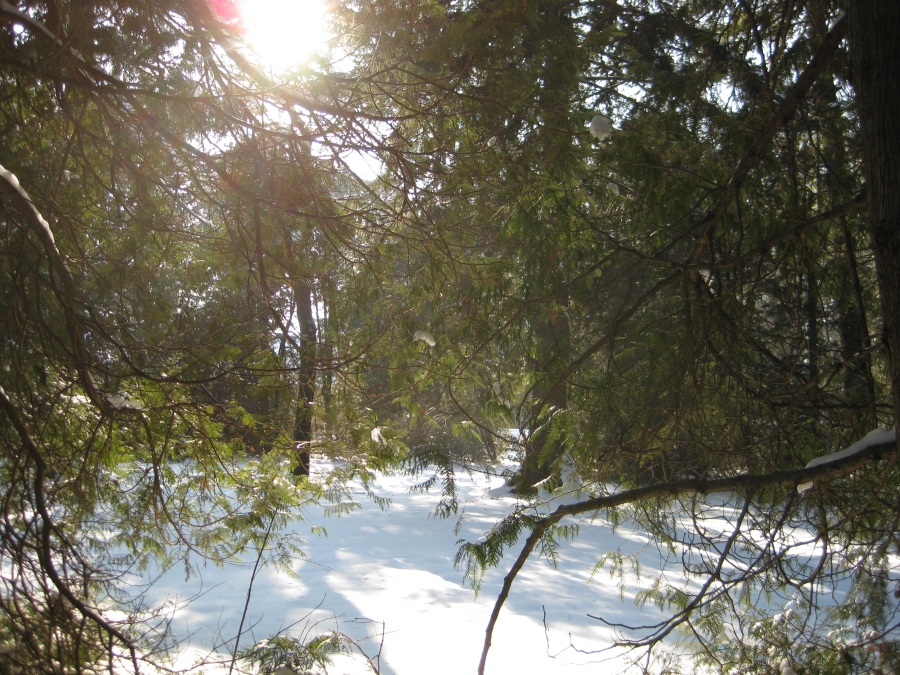 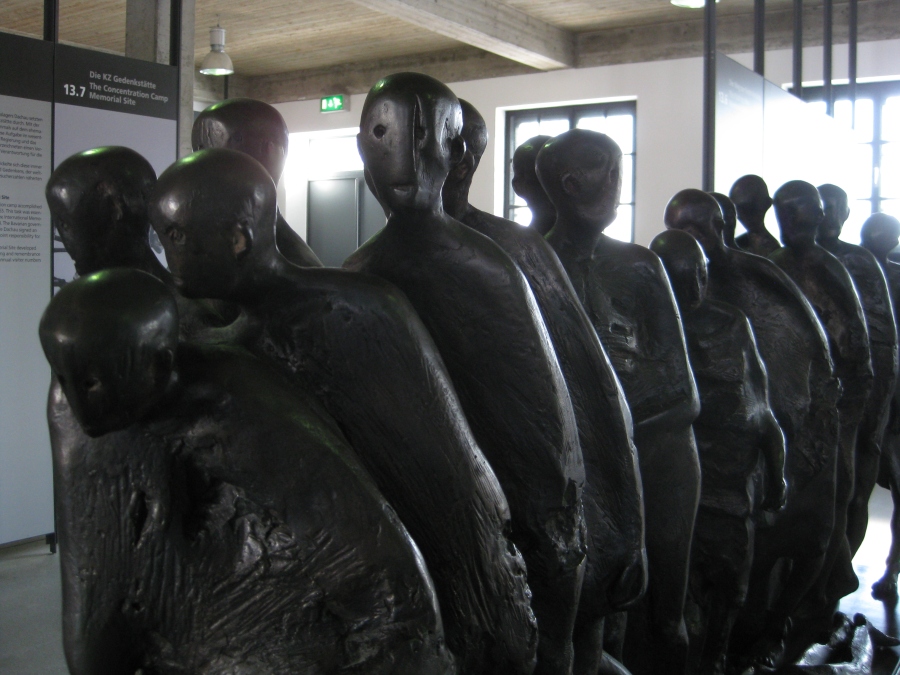 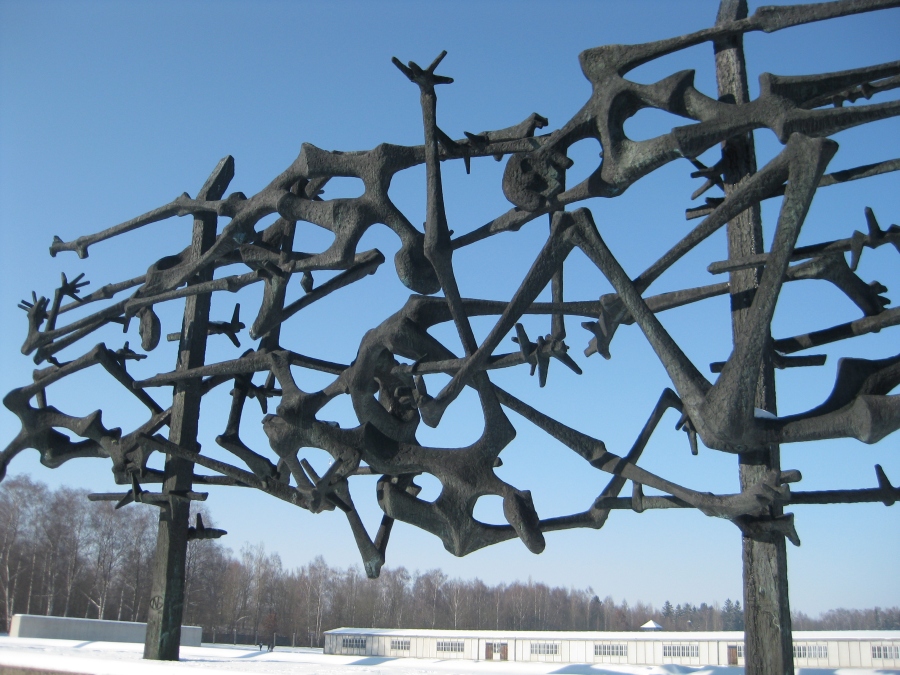 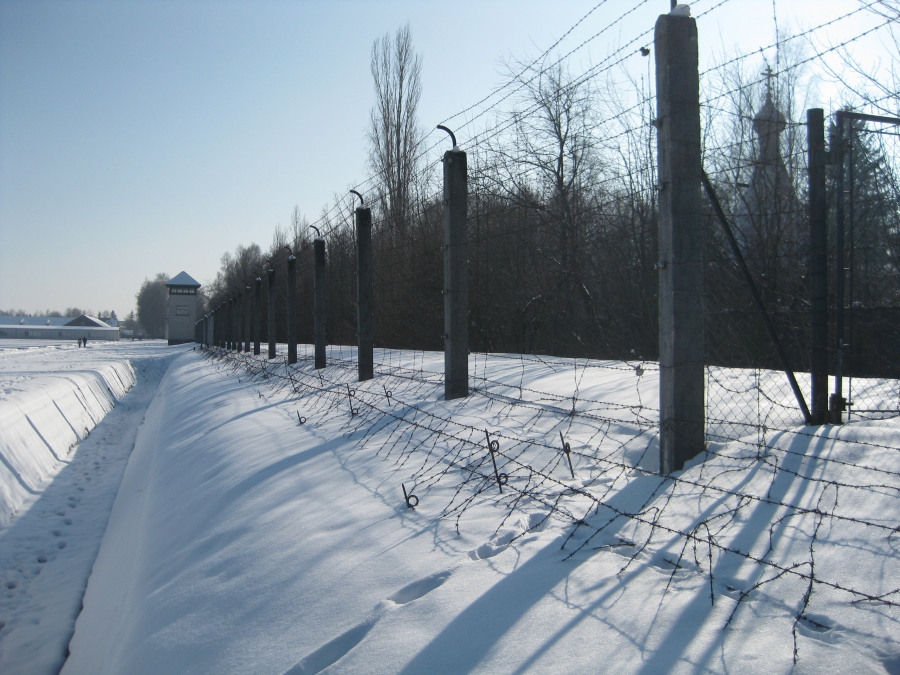 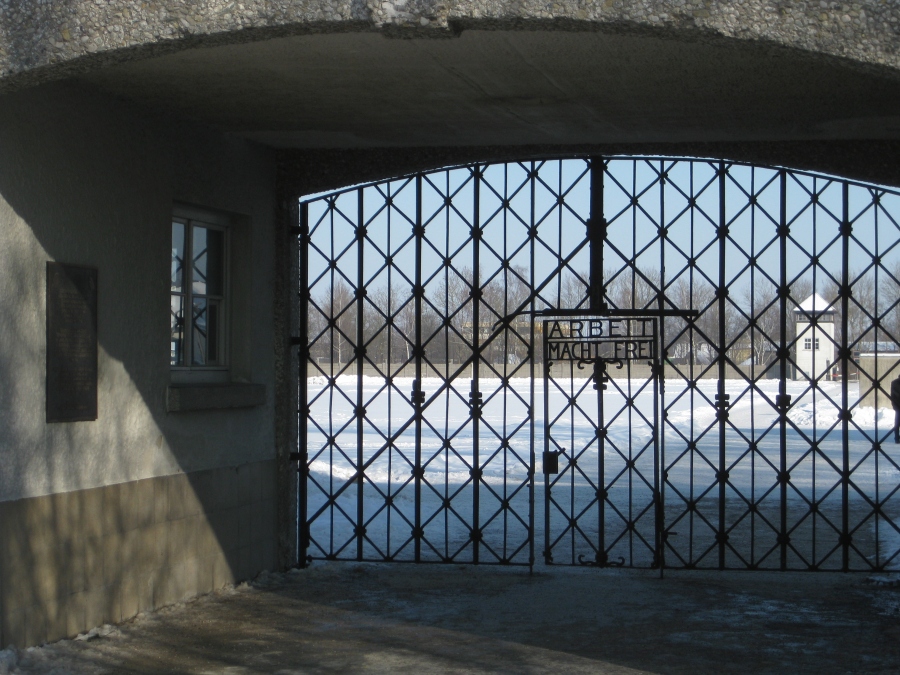