The road was average, until the part funded by the EU began.  For now, that’s how you know where to turn to reach the Roman fortress of Sucidava – the turnoff road from the main road is paved with a new concrete curb and a surprising sidewalk (not common in these parts).  If you drive too fast, you’ll miss it.  But, follow the paved road through the village and you’ll stumble upon a brand new, energy efficient visitors center and museum, a wheelchair friendly Roman ruin and a cobblestone parking lot with spots for a dozen cars.  We were shocked.

Last summer we visited the ruin and it was just that – a ruin.  No gates, some old signs, and a free-for-all.  The children climbed on the walls, we hopped along the surviving water distribution gutters and had the place all to ourselves.  A few months later we visited and saw the beginnings of a foundation at the entrance.  The construction workers said it was going to be a museum.  We wanted to visit one last time before leaving the country, so last week went to check on the progress.  Quite impressive indeed. 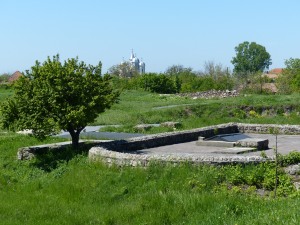 Sucidava is not mentioned in our English guidebook, however I’ve yet to find a guidebook in English that truly hits the historic sites in each region. (In contrast, for example, while visiting a church in Transylvania, I noticed some Germans had thick guidebook that covered just the churches in Transylvania.   Europeans know what they have in the historicity and culture in Romania.  Maybe they could translate some of those books into English).  Sucidava is known for its fortress, but archeological digs have shown civilization at this spot as far back as 4,000 B.C.  Our guide, a local man with the key to the well who appears when visitors park their car, was happy to share some of the important features, the superlatives of Sucidava – the oldest well in Europe, reminiscent of the ancient tunnels and springs in Jerusalem; the first church north of the Danube; and covered remains of a store room that dates back six thousand years.

In the spring the rapid growth can obscure some of the ruins – the sewage system, pits, the baths, and more – but any time of year there is plenty to see.  I’m just disappointed we won’t be here when the museum opens, purportedly on June 30 (must have been the same funding stream as Sarmizegetusa).

Click on a photo and use the arrows to view the slide show with descriptions. 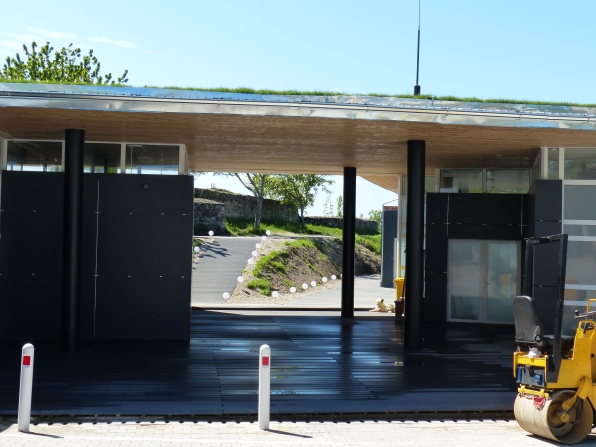 The entrance to the new museum. The building is eco-friendly (notice the grass roof) and air-conditioned. It’s worth visiting on a hot summer day if you know you can escape to the indoors. 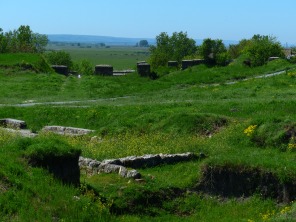 The view towards the Danube River, with Bulgaria in the distance. 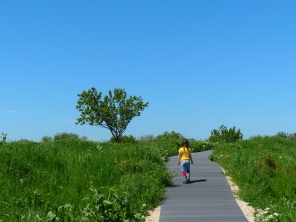 Obscured by the hyper-growth of spring are random pieces of broken columns and foundational outlines of various rooms. 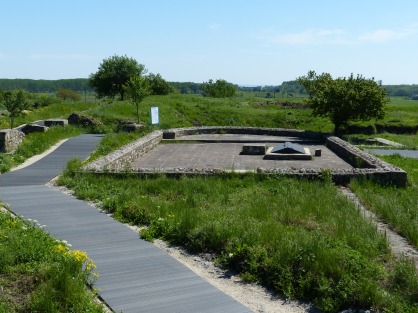 The foundations of the church, the first Christian church north of the Danube. 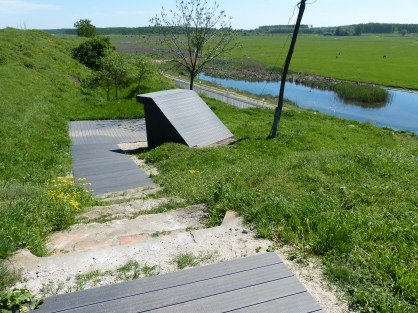 Entrance to the well. 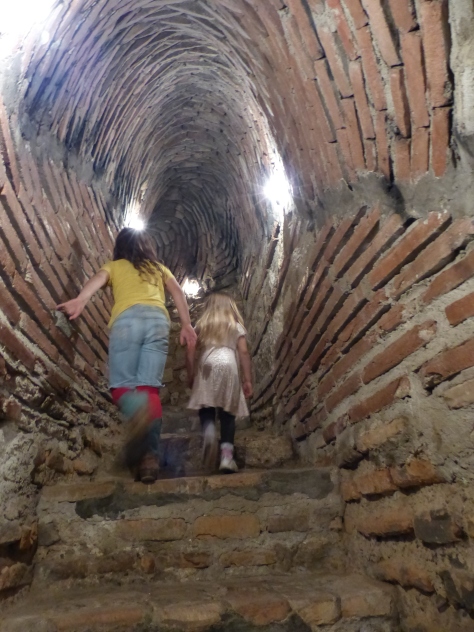 The well was used to collect water when the fortress was under siege. 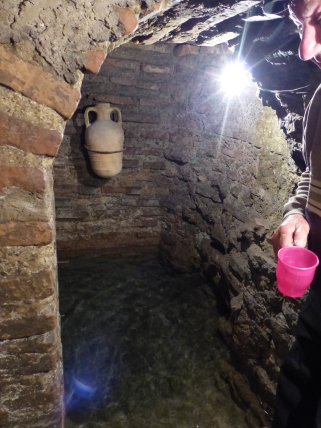 The clay pot is supposedly original. The guide was happy to offer us a drink of fresh water from the communal cup that hangs on a nail. I recommend you bring your own chalice if you care to partake of the venerable waters. 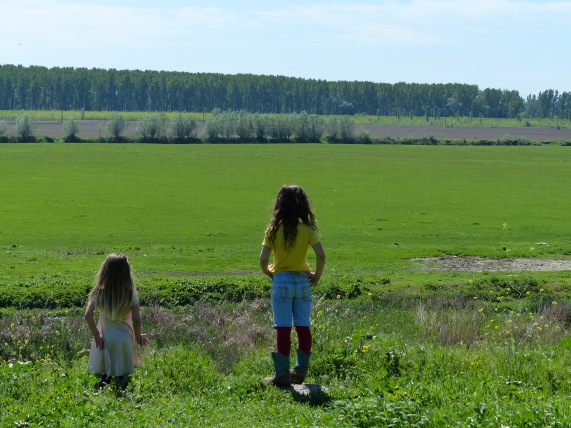 The fortress used to be on the banks of the Danube, but time has changed the course of the river and it now flows off in the distance. 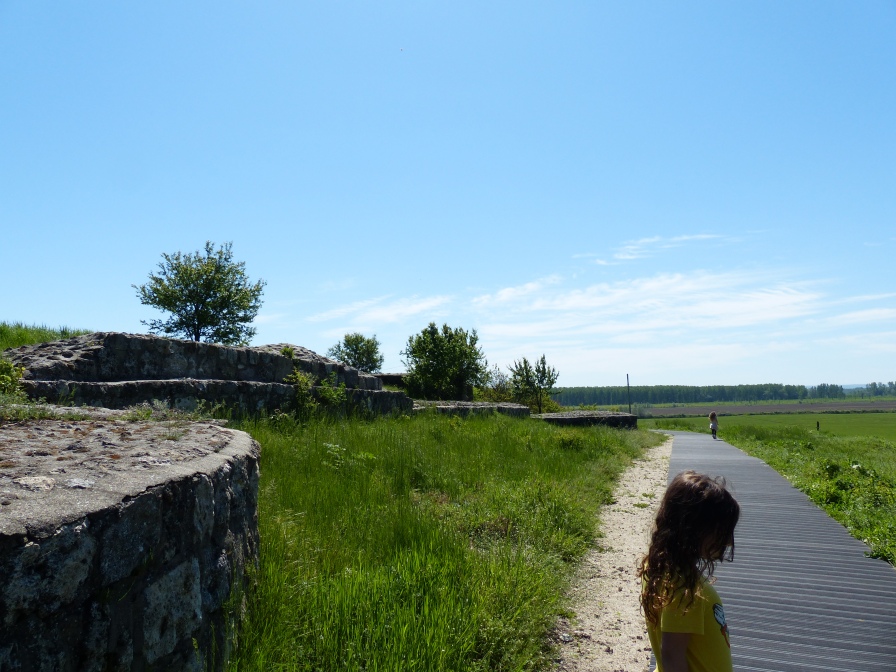 Walking the perimeter of the fortified walls.