In a remote corner of northern Romania, a mile from the border of Ukraine, sits a modest blue home at the intersection of two city streets.  A small plaque memorializes this abode, the house whence Nobel Laureate Elie Wiesel and his family were deported during World War II.

The home, which is now a museum, supposedly opened at 10am.  When we arrived at 10:10am two weeks ago the gate was still locked.  I called the number scrawled in pen on the sign and a kind voice assured me he would be there in a few minutes to open up.  Moments later we were inside, the young, knowledgeable docent patiently answering all our questions.  How is Elie Wiesel now?  Where does he live?  Is this the original furniture?

I was surprised to learn that he speaks with a friend of Elie Wiesel and gets updates on his condition.  This instantly personalized our visit.  I have been to Dachau, Anne Frank’s home and numerous Holocaust memorials.  This humble dwelling – which, if you read all the plaques and notes in-depth, would take less than an hour to digest – highlights the Holocaust from a different aspect.  It’s the journey of one man through darkness and how he has lived victoriously with that burden the rest of his life.

“It all happened so fast. The ghetto. The deportation. The sealed cattle car. The fiery altar upon which the history of our people and the future of mankind were meant to be sacrificed.” – Wiesel 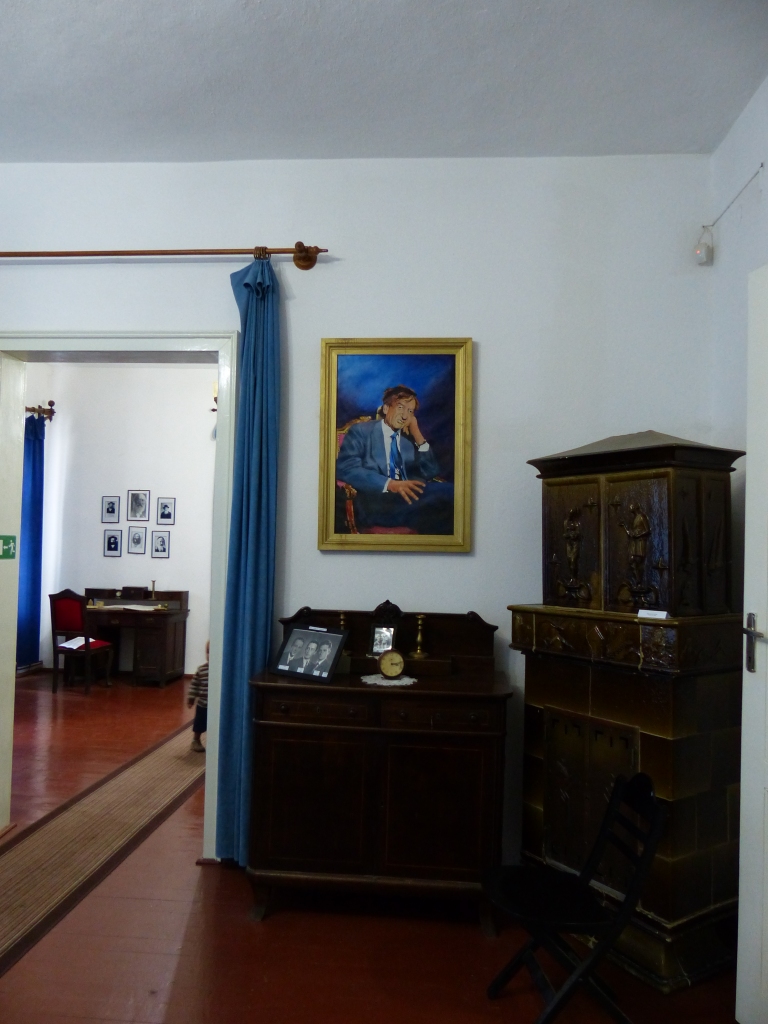 The museum is not packed with tourists lined up outside the door (like the Anne Frank house).  It cost the equivalent of a dollar or two to enter.  Two other people passed through its doors during our hour-long visit.  It is in a region of Romania not easily accessible to the average tourist.  The town, Sighetu Marmației, is in the heart of Romania’s romantically rural Maramureș region.  Before the war, the city was home to some 11,000 Jews, 40% of the town’s inhabitants, who had lived there for centuries.  During the war years, thousands of Jews from the surrounding villages were forced from their communities and placed in a ghetto with the Sighetu Jews.  In 1944, over the course of six days in May, they were removed from the ghetto and taken by train to Auschwitz to be exterminated.   One of those Jews was Elie Wiesel.

“I remember, May 1944: I was 15-and-a-half, and I was thrown into a haunted universe where the story of the human adventure seemed to swing irrevocably between horror and malediction.”  – Wiesel

Traveling around Europe, I often forget how even the smallest villages, the remotest corners, were not untouched by the wars of the early 20th century.  The scars are still clearly visible, as they should be. . . lest we forget.